ANS -- ‘My job is to clean up the environment. China really wants to do that’

This is so hopeful!  It's about a law firm that defends the Earth.  There's a book too.  Medium-long article, but great to hear something positive!
Find it here:   https://www.theguardian.com/environment/2017/sep/10/my-job-is-to-clean-up-the-environment-china-really-wants-to-do-that
--Kim

James Thornton's specialty is suing governments and corporations on behalf of his only client – the Earth – and he's very good at it. In his four decades of legal practice across three continents, he's never lost a case.

Acknowledging this in 2009 the New Statesman named him one of the ten people likely to change the world; ClientEarth, the public interest environmental law firm he started in London in 2007 now employs 106 people.

Thornton has been in Australia to talk about his work and his new book, Client Earth, which he co-wrote with his partner Martin Goodman. When I met them in Sydney, Thornton was keen to discuss his unlikely adventure in China, while Goodman, usually a reserved Englishman, enthused about the unexpected hope he found while writing Client Earth.

First invited to Beijing in 2014 to help implement China's new law allowing NGOs to sue polluting companies for the first time, Thornton has seen how serious the world's biggest polluter is about addressing its environmental problems. He believes their concept of "ecological civilisation" is the best formulation he's heard for the new environmental story we must tell. 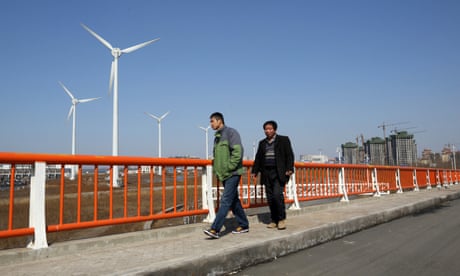 "I have no cynicism about whether they mean to do it. My job is to try and clean up the environment for future generations. The Chinese really want to do that." This task, apparently insurmountable for the west, is made possible by China's 2,500-year tradition of centralised government.

"They said, we have a long-term vision, we want to be here in another 2,000 years and that will only happen if we clean up the environment. So we have determined that we're going to deal with our environmental problems and we're going to do so in a very thoroughgoing way."

Thornton said it helps that most of the politburo are engineers, rather than political scientists, lawyers or economists as in the west. "So when they actually decide that there is a problem – and it takes actual evidence to get them there – they define the problem and then their next question is: what's the solution? How can we afford it, how quickly can we do it, and how can we marshal all forces in society to get there?"

At first Thornton thought this was rhetoric. "And then I realised it wasn't rhetorical. So by the time we got deep into conversation and I first heard the notion of ecological civilisation, I asked several very senior officials, 'Is this serious?' And they said 'Yes, absolutely serious'. It's been central policy now for some years."

Thornton says that when he first went to China, he'd only read the western media about it and had many of the same notions he's often challenged with, especially concerning democracy and human rights. "And I understand where they come from. But I also know that the western democracies that we prize so much aren't doing very well with respect to the environment. We've elected somebody in the United States who seems really dedicated to the notion of contempt for the environment."

In the west, efforts to address environmental problems are fragmentary and not well funded. "Whereas in China," he says, "suddenly you have this direction from the top on down asking all of these top people over the course of the next few decades: How does everything have to change to deliver this?"

Thornton is also a Zen Buddhist priest, which appears to help him to see intractable environmental problems with a commanding clarity and precision, and to approach them with admirable pragmatism, patience, tenacity and long-term strategy. "Law becomes about saving civilisation," he says. "Law is the answer to the question I'm often asked: what can I do about global problems?"

The extraordinary challenges Thornton overcame to bring environmental litigation to Europe are among the many inspiring stories Goodman tells in ClientEarth. "James's first actions were therefore brazen," Goodman says. "In the UK, he set out to change the cost rules. In Germany and at the EU level, the matter was one of standing: rights had to be granted for citizens to bring serious environmental concerns to the courts."

Thornton did change the legal system and ClientEarth flourished. In 2016 the Financial Times named this small non-profit firm in the top 50 law firms in the world. ClientEarth also won the most innovative law firm award and Thornton won a special achievement award. 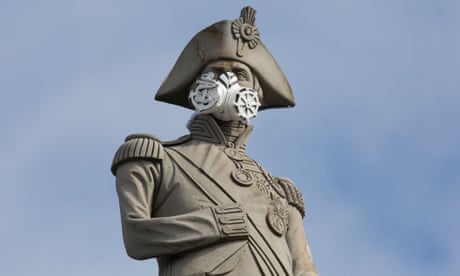 Air pollution: the battle to save Britain from suffocation

It was then that Goodman realised ClientEarth was an ugly duckling story: "The poor relation charity environmental law group that suddenly found itself among the swans of top global law firms."

ClientEarth is a rare thing: a hopeful book about the environment and a page-turner about the law. Goodman is professor of creative writing at the University of Hull and a lively storyteller. His chapters recount Thornton's life and work; Thornton's are meditations on the law's moral dimensions.

Thornton and Goodman have been together for 25 years and their conversation swings from Thornton's urgent stories about systemic change to Goodman's tales of hope. Despite having lived with ClientEarth for a decade, it was only when Goodman came to write the firm's story that he began to fathom just how powerful its legal work really is.

"I think it's the most important thing going," he says. "The environment no longer seems an intractable problem. We need lawyers, they bring hope, they can help you."

It seems this hope is contagious. Alice Garton, a lawyer from the Northern Territory, feels like "the luckiest person on the planet" to be working for ClientEarth. "I've spent years of my life being really depressed about climate change and pessimistic," she says. "Since starting here, I'm optimistic."

Client Earth had a similar effect on Brian Eno, a long-time supporter and trustee of the firm. After reading the book to write its foreword, Eno was so inspired he told Thornton: "I want to come and live with you in the office for three days to really see how I can help."

Thornton replied: "You're the world's greatest producer, so what I'd like you to do is produce ClientEarth. Something great will come of that."

When asked about his own most inspiring moments, Thornton names three. Preventing Poland from building a new generation of coal-fired power stations. Enforcing the first environmental laws in the US, introduced by Nixon in 1970 along with the Environment Protection Agency, but flouted by Reagan. When Reagan told the new head of the EPA to disable it, Thornton almost singlehandedly (with a scientist) showed them that somebody could do it better, embarrassing them into enforcing the law again. And his work in China. 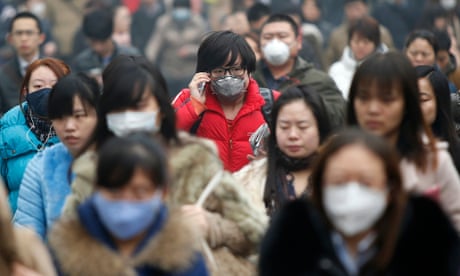 China tackles pollution, but has long way to go on labor

"I'm tough and patient," Thornton says. This is an understatement. Aged eight, a spider-loving Thornton considered studying entomology but realised that wouldn't help the threatened natural world. So he decided to become a lawyer, to fight for its protection. But this was the early 1960s and there were no environmental lawyers then. So Thornton helped to found his vocation, including teaching the first courses on environmental law.

Now Thornton is looking to the next stage of the Paris Agreement. "Paris was a turning point in history," he says. "The next stage must be a legal framework and enforcement, otherwise citizens can go to court to accuse their government of not implementing the law, and we will help them do so. When the law is passed, the work begins."

But these laws are new and fragile and need our active support. As Goodman says: "I think people have got to understand that these laws are around, they're really vulnerable, and they'll die unless we pay them attention and demand that they're held strong."