This is for reference -- if you ever need to make the point that the majority of terrorists are not Muslim or that there is such a thing as Christian terrorists, here's the info.  His conclusion is also very positive.
Find it here:  http://www.upworthy.com/a-troll-demanded-a-muslim-man-show-examples-of-christian-terrorists-he-delivered?utm_content=inf_10_3731_2&?c=tse1&s=p&tse_id=INF_4a5d5c50bc1f11e78240a3a6bbddd67d
--Kim

According to an FBI analysis of every U.S. terrorist attack between 1980 and 2005, 94% were carried out by someone who was notMuslim.

And yet, the number of anti-Muslim groups in the U.S. tripled between 2015 and 2016, as a seemingly ever-increasing segment of the population has convinced themselves that "terrorist" is synonymous with "Muslim."

Anti-Muslim protesters at Denver's "March Against Sharia" oppose the implementation of Sharia law in the U.S. — something that literally nobody is trying to do, so ... uh... Photo by Ross Taylor/Getty Images.

Author and attorney Qasim Rashid had just about enough of this harmful and incorrect connection.

When challenged by someone on Twitter to "show [him] the Christian terrorist attacks" — thinking he'd just backed Rashid into a corner — Rashid delivered an epic history lesson.

Then he tweeted the messages:

A #MarchAgainstSharia bigot challenged me to "Show him the Christian terrorist attacks." 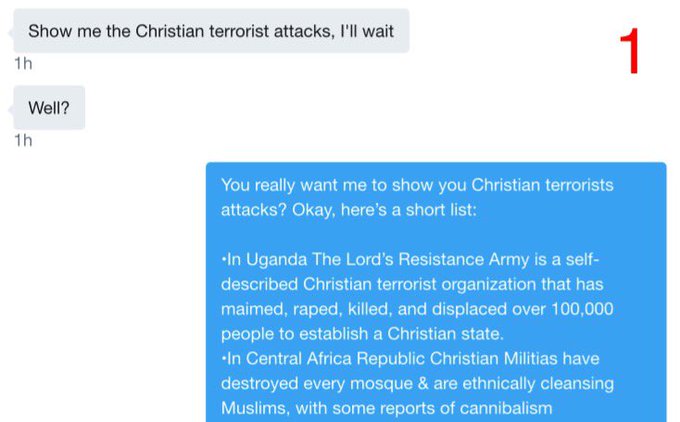 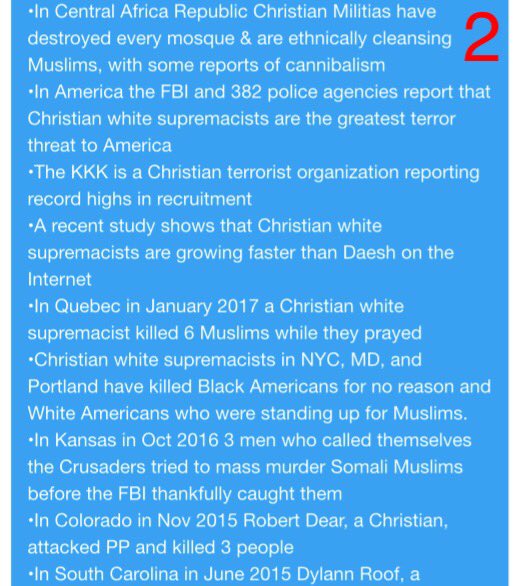 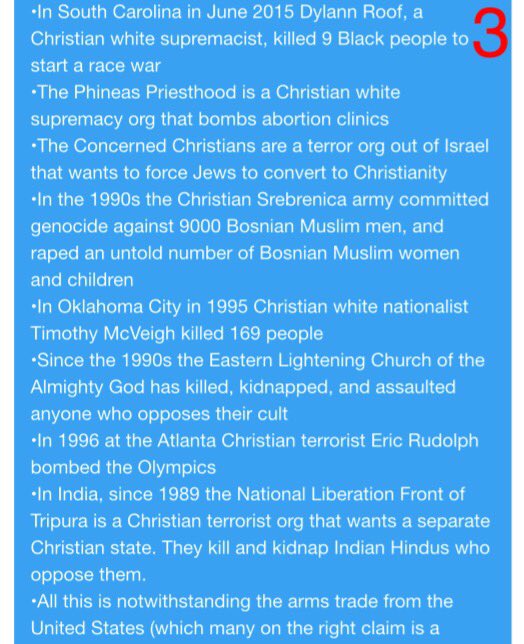 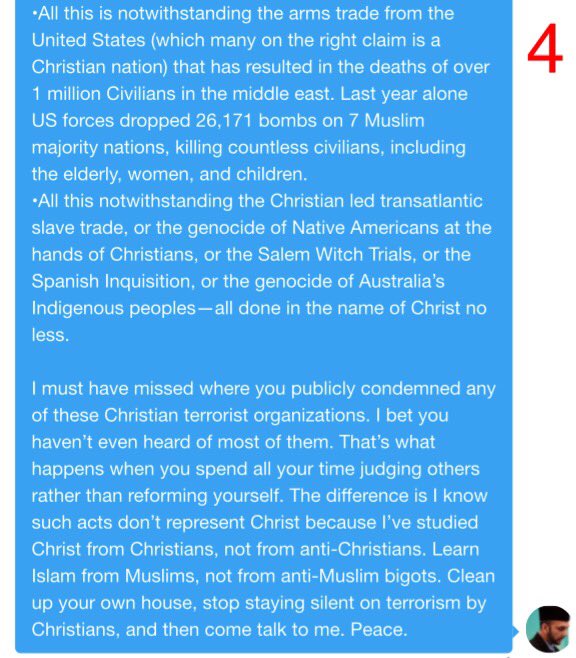 Rashid's list of examples was so long it takes four screenshots just to fit them all in.

It's in the very last paragraph that Rashid really drives his point home.

All screenshots from Qasim Rashid/Twitter.

Unlike the person who reached out to him demanding examples of non-Muslim terrorists, Rashid knows that, while the people and groups he listed may have identified as Christian, they do not reflect their entire religion — just as Muslim terrorists do not represent all Muslims or all of Islam.

And that really should be a lesson for everyone about projecting the actions of an individual onto an entire group. Whether it's profiling on the basis of race, gender, religion, or anything else, it's not only wrong, it makes us less safe.

So next time you hear someone say, "Not all Muslims are terrorists, but all terrorists are Muslim," there's a perfect response waiting right here.