This is to let you know what Americans have become.  A woman was barred from contact with her baby due to unpaid fines.  This happened in Pearl, Mississippi, but It could happen anywhere there is racism, discrimination against poor people, and worship of money.  And still, the resigning judge said his resignation had nothing to do with this.  Yikes.  Thank goodness someone caught it and stopped it.
find it here:  http://www.clarionledger.com/story/news/2017/10/26/unpaid-court-fines-block-mother-from-child/802254001/
--Kim 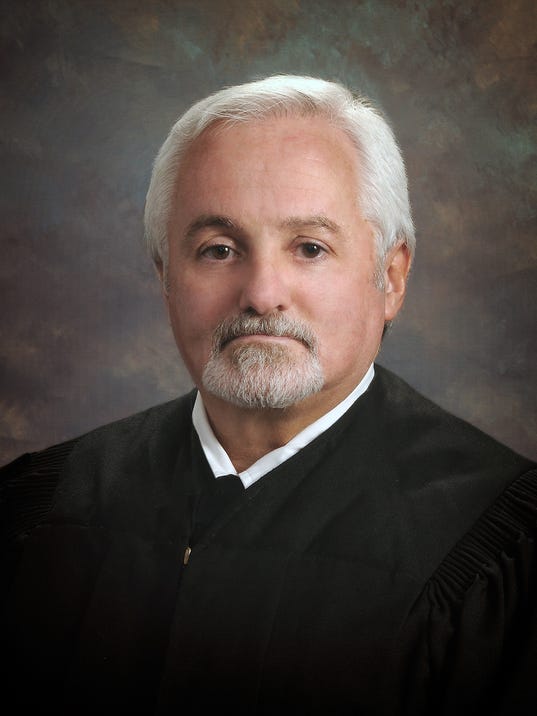 (Photo: Special to The Clarion-Ledger)

Pearl's Youth Court judge has resigned and the city's Youth Court has been permanently closed after the judge was accused of prohibiting a mother from contact with her 4-month-old child for 14 months until she paid court-imposed fees.

The Roderick and Solange MacArthur Justice Center at the University of Mississippi School of Law filed a complaint on behalf of their client, calling for Pearl Youth Court Judge John Shirley to be fired

Center Director Cliff Johnson said Shirley entered an order Aug.  22, 2016, prohibiting the mother from having any contact with her baby until she paid court fees in full. Despite the fact those fees have not been paid, an order was entered on Wednesday reversing Judge Shirley's earlier decision and returning the child to the mother.

"As a civil rights lawyer in Mississippi, I am no stranger to injustice, but for a judge to prohibit an impoverished mother from having any contact with her baby until monetary payments are made is shocking and repugnant. Such orders are tantamount to judicial kidnapping," Johnson said.

Shirley said Thursday he couldn't specifically discuss the woman's case, but said, whenever he issued a no-contact order, it was due to abuse or neglect of a child that hadn't been corrected.

Also, Shirley said he resigned his Pearl Youth Court and municipal judges positions because of dispute with the city's mayor.

"I didn't resign because of any pressure," Shirley said. "I resigned because I got tired of the policies in that administration."

Shirley said Mayor Jake Windham, who took office in July, wanted to close the Youth Court to save money and is using the case as a tactic to get what he wants.

Windham, a 16-year law enforcement veteran, said Thursday that Shirley has his facts wrong. He said the mayor and Board of Aldermen were presented with information and did an investigation.

"We acted under objective facts," Windham said. "It was simply that we had to act on a situation to safeguard citizens and the city of Pearl."

Windham said it is an unfortunate incident and he is sorry that Shirley is allowing his emotions to get the best of him.

Johnson said the woman, a resident of Jackson, was traveling through Pearl while looking for employment. She was a passenger in a friend's car, and her child rode with them in a car seat. When the car was stopped for a minor traffic violation, it wasdiscovered that both adults had outstanding warrants for routine misdemeanor offenses. Upon arresting the women, the officer contacted the Mississippi Department of Human Services that the child was "abandoned" as a result of the women being detained. The baby's grandmother arrived on the scene within minutes, yet the officer still insisted that the child be taken before Shirley at Pearl Youth Court. Less than half an hour later, Shirley awarded custody to the baby's grandmother. An order was later entered prohibiting "Mother A" from having any contact with her baby until court fees were paid in full.

Johnson said the mother contacted the MacArthur Justice Center last week, and Johnson immediately conducted an investigation and contacted Pearl officials to inform them of Shirley's order and his belief that the judge had issued similar orders in several other cases conditioning custody or visitation on payment of money.

After receiving Johnson's demands, including that Shirley be fired and the Youth Court closed, an emergency meeting of the Pearl Board of Aldermen was scheduled for Wednesday evening. The agenda items for the meeting were "threatened litigation by the MacArthur Justice Center" and a vote on whether to close Pearl's Youth Court.

At that meeting, Shirley resigned from both his Youth Court and MunicipalCourt positions and the board voted unanimously to close the Youth Court permanently, according to Johnson.

Pearl was the only city in Mississippi with its own Youth Court. All other Youth Courts operate at the county level. Matters previously handled by the Pearl Youth Court now will come under the jurisdiction of the Rankin County Youth Court.

"As a Mississippian with deep roots in this state that I love, I am deeply troubled by themany ways in which poor Mississippians, especially African Americans, are victimized by Mississippi's legal system," Johnson said. "We have litigated matters involving excessive bail, illegal jailing of misdemeanor offenders for unpaid fines and the refusal to provide poor criminal defendants with counsel, and now we see that not even the right to raise one's children is beyond the reach of the injustice that befalls poor Mississippians."

Some other citizens have called The Clarion-Ledger to complain that they had been through a similar situation with Pearl Youth Court as the mother in the MacArthur Justice Center case.