This is from Andy Schmookler.  It's about the liberals finally seeing the evil that has been arising on the right for many years.  Read it.  It's pretty short.
Find it here:   http://www.nvdaily.com/opinion/2017/06/andy-schmookler-liberal-americas-great-sin/
--Kim 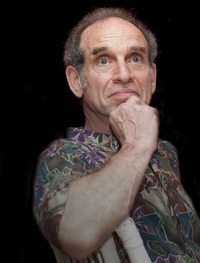 On the phone the other day, my brother said to me, "Well, Liberal America can finally see evil, they can see it in Trump." My brother knows how I've spent the past 12 years – without great success — trying to get American liberals to recognize the nature of the destructive force that has taken over the right in our times, and to respond accordingly.

My brother's comment therefore pointed to the great "sin" of Liberal America.

The famous American Protestant theologian, Paul Tillich, defined "sin" as being about "separation" — from oneself and from the Ground of Being. Or, as I would put it in this instance, separation from the deep reality in which one is living: in our times, that's the reality of a force of brokenness rising before our eyes in the American power system.

It is easier to see that brokenness when it is embodied in a single person – a lying bully who picks fights and takes pleasure in trampling on the norms and rules governing his society. And when that person is as flamboyant in such tendencies as Donald Trump, it's hard for anyone not in the thrall of the false world created by right-wing propagandists to see it for what it is.

But the deep reality of "evil" is that it transcends that concrete individual level, operating as a coherent force spreading a pattern of brokenness to the people and organizations it touches.

In this era, however, Liberal America lacks the habit of putting the pieces together to see things whole. So something diffused into the body politic — in the hypocrisies of the once-respectable Republican Party, in the deceptive messaging of the right-wing media, in the degradation of the consciousness of the Republican electorate – can escape notice.

But now, as my brother said, liberals at last see it in Trump. And at last are mobilized by what they see.

Better for America that this recognition had come sooner. For Trump is but a culminating expression of what has been gaining power in America for a generation.

The Republican electorate of, say, the Reagan years, would never have gone for the likes of Trump. Only after the decades of systematic work – by the likes of Limbaugh and Gringrich, Fox News and Karl Rove – to train people to follow lying bullies (who choose conflict over cooperation, and who pander to people's prejudices and inflame their resentments) could millions of basically decent people look at someone like Trump and imagine it would be right to entrust him with the powers of the presidency.

The fact that Trump could jump in and hijack that toxic set of thoughts and feelings and ride it into the Oval Office reveals how deep is the kinship between Trump and the rest of that right-wing force.

No one in political life has lied as wantonly as Trump. But the Republican messaging has been fundamentally dishonest since Gingrich employed well-known propaganda techniques more than a quarter century ago, since Fox began indoctrinating its viewers with falsehoods, since W lied us into a war in Iraq, and since the Republicans tried to delegitimize a Democratic president with the racist birther lie.

No one in political life has bullied and belittled opponents as Trump has. But Karl Rove had W bully the Democrats for being "soft on terror," and later the Republicans in Congress demeaned Obama with a scorn with which no American president had ever been assaulted.

No president has so blatantly acted from personal greed as Trump. But for years the Republican Party has been a channel for limitless greed. At a time when the gulf between the richest 1/10,000th of Americans and the lower 90 percent is wider than we've ever seen, the one constant in Republican policy remains the drive to transfer more money to the richest – even if it leaves 23 million Americans without health-care coverage, and even if it means cutting programs to help raise up downtrodden communities in rural areas.

No president has violated American political norms as wantonly as Trump. But the Republicans before him have left a long trail of norm-busting and damaging practices – from instituting torture from the very top, to making it their top priority to prevent the American people's choice to serve as president from accomplishing anything, to ultimately stonewalling the confirmation process in order to steal a Supreme Court seat.

The pattern of brokenness has been there for years, transmitted from party to citizens to the Oval Office. But Liberal America, failing to see the threatening darkness, failed to rise to protect the nation.

In 1940, the survival of Great Britain was gravely threatened. For years, the British Conservative Party had totally misjudged the threat rising in Germany. Now, the real nature of that threat had been made blatant, with German forces overrunning Europe to the east and to the west.

Britain at last turned to Winston Churchill, who had seen the threat clearly from the beginning, but had been consigned to the political wilderness. As Churchill took the helm, he confided to someone who congratulated him, "I hope that it is not too late. I am very much afraid that it is."

Now, as my brother said, Liberal America sees the evil. I hope that it is not too late.

Andy Schmookler is an award-winning author, and was the Democratic candidate for Congress in Virginia's 6th District in 2012. His newly published book is "What We're Up Against: the Destructive Force at Work in Our World – And How We Can Defeat It."